Over the past decade popularity for both zombies and vampires has grown exponentially in the media, creating many fans among us humans. People tend to choose sides based on the media they enjoy more. For example, someone who is obsessed with The Walking Dead might prefer zombies while someone who loves True Blood may be more partial to vampires. Both of these undead monsters have both good and bad representations and both tend to draw in more fans than any other fictional monsters/creatures out there. In this article I want to detail some of the good, the bad, and the ugly of both these hard-hitting popularity powerhouses. Just to be clear – I like both vampires and zombies equally for different reasons, I am being as unbiased as humanly possible here. 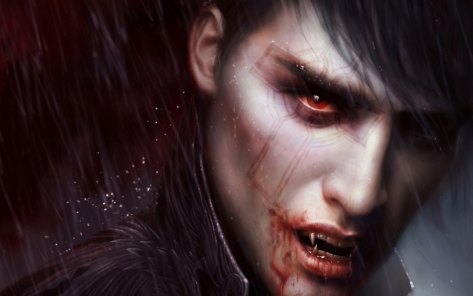 When done properly, vampire movies and books can be very good and may appeal to all audiences. Vampire stories can include plenty of gore, violence, kick ass action, great storytelling, and even romance. Not all vampire stories belong in erotic romance novels aimed at middle-aged women. An example of this is Bram Stoker’s Dracula. While I didn’t care much for the story or the film I can say that it was a great representation of Dracula and vampires in general. Another great representation, and my personal favorite, is Anne Rice’s Interview with a Vampire. I have yet to finish the book (though I am getting there, slowly but surely) but I absolutely love the film directed by Neil Jordan.

One more fantastic example of great vampires in movies is the Swedish film Let The Right One In (or its American counterpart Let Me In). Sadly I have yet to find a television series which involves vampires that I have liked, that doesn’t mean they don’t exist though. Buffy The Vampire Slayer was outrageously popular in its hay day and True Blood is also very popular in today’s world. There are very few video games that involve vampires outside of BloodRayne and Vampire: The Masquerade. The Castlevania series is probably the most notable among the vampire video game genre and probably the only well done video game representation of vampires.

As I said, the Castlevania series is probably the only good video game series involving vampires and even those tend to fall under the “cult classic” blanket rendering them unknown to the majority of this generation’s gamers. They may be great games but if you ask people about them now I bet not even half of them have every actually played a Castlevania game. Lords of Shadow is relatively new and it’s sequel is coming out soon, but even people who like that game never played the classics. What people are sadly left remembering is the wildly sexist BloodRayne series and awful television-to-game series’ like Buffy.

One word: Twilight. I’m sorry to those of you who enjoy this series, but Twilight has done nothing short of stab the heart of vampire media with a silver stake covered in garlic. Storytelling and writing aside, the vampires portrayed in the Twilight series are sheer abominations of what “true” vampires are supposed to be. Instead of burning to death in sunlight, they simply sparkle. Instead of being bent on killing humans for sustenance, they marry and have kids with them.  I could go on, but we don’t have all day.

At this point, any time someone brings up vampires at least one person in the room will scoff and assume you are talking about Twilight – glaring at you with a callous look until you explain what you really meant. What makes Twilight the worst form of vampire media is the fact that it has marred the face of vampire lore and brought the younger generation up to know of no other vampire story – some kids these days literally have no clue who Dracula even is but they sure know who Edward and Bella are. All the Twi-hards out there will defend these stories to the death, and I respect them for that, but it doesn’t excuse the fact the Twilight books/movies are bad for vampire culture in the long run. 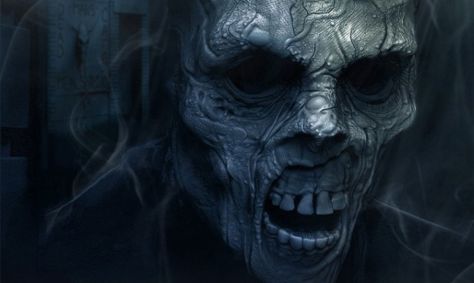 Unlike the vampires, zombies take the spotlight in video games and on television. Video games such as Dead Island, the Resident Evil series, and Left 4 Dead have revolutionized zombie games with innovation, horror, and most of all fun. These games (and many others) have made zombies enjoyable and brought gamers together to shoot their heads off and smash their brains in. Zombies have also taken over the television world with AMC’s hit show The Walking Dead, winning hearts (and brains) across the world with its brilliant portrayal of a post-apocalyptic, zombie infested world and those who live in it.

Zombies have even broken into the book world with hits like Max Brooks’ World War Z and Joe Schreiber’s Death Troopers, a zombie/Star Wars crossover. While there are fewer quality zombie books than there are vampire books, some of these zombie novels have been huge fan favorites and even spawned great movies such as the 2013 film version of World War Z starring Brad Pitt.

I hate to break it to you, but zombie movies tend to be more bad than good. Before you get your torches and pitch forks out, let me explain myself. Zombies don’t change. They are always people who were infected, died, then came back to life to eat brains and spread the infection. It’s the same formula every time with different humans fighting them. The worst part is that if anyone deviates from this formula to create something that is different, people just say “well that’s not zombies” and dismiss it.

For an excellent example of this I bring you to Naughty Dog’s most recent game release The Last of Us. This game features beings that are infected with some sort of human afflicting cordyceps plague. This makes the humans infected with it violent and deformed, causing them to run around attacking and biting everything that moves. When people started describing this to their friends as a zombie game, others flipped out and stated that “this is not zombies”. This is true in the conventional sense, they aren’t Night of the Living Dead style zombies, but they are infected and bite people to spread the infection (and a lot of them are dead). What isn’t zombie about this? Just because it’s a new take on infection doesn’t mean the enemies cannot be referred to as zombies. Without innovation like this, zombies will never evolve in the media.

The ugly truth about this recently established zombie craze in the media is the people preparing for the zombie apocalypse in the real world. There’s nothing wrong with having a zombie plan of attack, as in if a zombie outbreak was to occur you’d have a place to go or a group to meet up with. While there is no real zombie threat at the moment, it’s not completely outlandish to simply be prepared. I suppose that an outbreak could theoretically happen at some point, I just doubt that if ever will. Back to the point, these people who quit their jobs and stop living normal lives to spend all their time preparing on some farm out in the middle of nowhere for a zombie apocalypse befuddle me.

There are more real and present dangers out in the world, wasting time preparing for zombies seems utterly pointless. I suppose here in America you can do whatever you want since it’s a “free country” and all that, but that doesn’t mean that I will ever think dropping everything in life to prepare a day that will most likely never come is a cool idea. I think this is the equivalent of people who take things in any fandom too seriously. It makes the rest of us a little confused and in some cases a bit ashamed.

Well, in all honestly, choosing the winner is not difficult. While I personally love vampires it’s obvious that zombies currently beat them out in popularity. Twilight alone was a super low blow to vampires, making true vampire fans have to search a little harder to find quality vampire stories. Zombies are front and center right now with the television show and video game representation of The Walking Dead comic book series. There are also way more quality movies and video games involving zombies than there are involving vampires. It’s just the way it currently is.

When I asked my parents whether they preferred zombies or vampires they brought up a good point which I silently factored it – which one is easier to kill? In most cases zombies and vampires are enemies to humans. Some vampires live happily with humans and others leave them alone, but regardless they must feed off of us which makes them enemies. Vampires are typically extremely intelligent, strong-willed, fast, and downright powerful. They are undead which makes them increasingly hard to kill, it’s difficult to even know what kills them these days.

Zombies are a different story. Shoot them in the head or destroy their brain in some other way and they are done. It’s simple enough considering they are super slow (but occasionally somewhat fast) and extremely unintelligent. The only thing they have going for them are hordes and those can be easily averted through simple planning, preparing, and not being stupid. It’s pretty easy to just be quiet and plan your route through zombie infested areas if you are an average person.

While I personally love both zombies and vampires, I think that zombies are currently winning when it comes to the minds of most people in this current generation. Which to you prefer and why? Also, if you think I am wrong or have given silly reasons, who do you think wins in a popularity contest and why?