Sharing my overcrowded space with my beloved classic literature and fictional books are an ever expanding shojo manga collection. The days when I don’t feel like reading a regular book and prefer the company of beautiful artwork to captivate the eyes and get swept up in romance, humor, and adventure I tend to pick up a manga volume.

I have an appreciation for art and beauty in general and it’s no surprise I became a huge fan of the Japanese style of drawing. When shojo manga became popular in the American market, I gravitated to the pretty art style and the wide focus on romance in most shojo manga. As much as I enjoy the shojo manga genre, it’s only in the last few years have I developed more of an interest in expanding my reading to also include American comic books.

Growing up, I never really collected or read too many comic books. I only read a few Marvel comic books after a family friend gifted me a comic book subscription for my birthday as a kid years ago. The comics included in the subscription were The Hulk and X-Men. The comics I looked most forward to were the issues of X-Men comics I got in the mail. 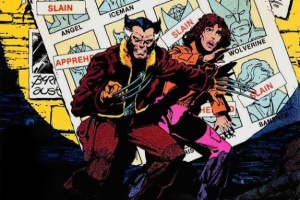 I always loved the X-Men ever since I watched the cartoon that used to air on TV in the ’90s. When I saw that I’d be getting the X-Men comics for a whole year, it was exciting for me. Don’t get me wrong, I did like The Hulk comics too, but the story about mutants with extraordinary powers trying to fit into a world where they’re constantly misunderstood by humans always spoke to me. Maybe it’s because as a kid I was reminded by certain grade school bullies that I’m not like them and I belonged in the group of so-called “outcasts.” Good thing there were a number of us “outcasts” in my class and we stuck together and ended up being friends. It made those formative years bearable.

Once the subscription ended and my mom didn’t want to pay to renew it, my interest in reading comic books fell by the wayside. It was with the introduction of manga in America, thanks to the popularity of shows like Sailor Moon, Dragon Ball Z, Pokemon, and the like, did I find myself falling in love with comics again. When I got into video games and an explosion of comic book movies becoming the norm in our movie theaters, I found myself no longer wanting to limit my reading to just Japanese comic books. 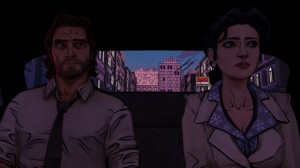 Playing games like Telltale’s The Wolf Among Us and seeing the recently released X-Men: Days of Future Past has left me with a feeling of wanting to go back to the original source material they’re based off of and read them. I’ve always been drawn to good storytelling with an emphasis on character development. When game developers or the director of a film has successfully managed to make the original source they’re drawing from compelling to someone who isn’t familiar with the original comics but absolutely adores the game or movie, it’s probably the best introduction into the original material to urge someone to eventually want to go out and buy the comics to read. 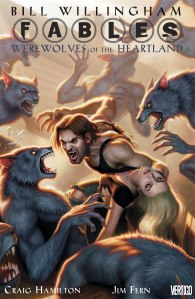 I always contemplated buying comics published by Marvel, DC, Dark Horse, etc., especially when I have a few friends who are avid graphic novel readers more than manga readers. The main problem was figuring out which comics were really good to read. I have gotten a few recommendations, but always stalled on actually buying them. Part of it has to do with having more than enough to read at the moment and the other reason being there are older manga series I’m trying to collect and finish. It’s an awful feeling when a series as old and as long as Boys Over Flowers by Yoko Kamio has random volumes that aren’t being printed anymore. I never really understood the logic behind that, but I digress.

When a character or story manages to leave its mark on my mind, like The Wolf Among Us and X-Men: Days of Future Past has, the desire to have the comics in my possession has gotten that much stronger. I’ll most likely give into my urge to buy Fables and the X-Men comics real soon. I may have a library in my room that’s already bursting with books and manga to read, but it’ll be good to add those newer comics to my roster of things to read when my current novel or manga book isn’t what I’m in the mood for.

4 thoughts on “To Infinity And Beyond: Expanding My Reading Past Manga”