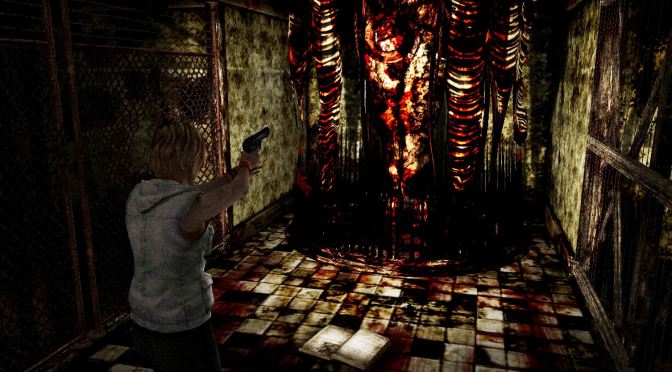 Every October and in preparation for Halloween, most people I know tend to watch scary movies. It helps them get into the spirit of Halloween by having a good scare. While most kids love Halloween for dressing up in their costumes and going door-to-door to get a bag full of candy to keep them on a sugar high for days, adults prefer to have their socks knocked off with something terrifying. This is why scare events like haunted houses are widely popular this time of the year. If you’re a gamer, maybe there’s a certain horror video game you love to play and would have a horror video game marathon to get into the Halloween mood. Me? I can’t stand the horror genre.

My distaste for the horror genre stems back to my childhood. Somehow, my mother scared me into never watching a single horror film. She plagued my thoughts with tales of watching just one movie will give me nightmares for days. My older sister has always been a fan of horror and loved watching movies like Halloween and A Nightmare On Elm Street when she was a teenager. I remember one glimpse at the VHS cover (yes, I’m that old) for A Nightmare On Elm Street was enough to convince me to steer clear of horror movies. I like my dreams to be pleasant, filled with bunnies and unicorns, not Freddy Krueger potentially popping into my dreams to murder me.

I’ve been avoiding horror ever since I became a teenager and now the grown woman I am today. Watching people who get cut up into little pieces or die unbelievably gruesome deaths makes me squeamish. I also firmly believe that if I started watching a horror film now, it will give me nightmares I don’t want.

One of my best friends is a horror fanatic, and she once took me to two horror films––the Americanized The Grudge starring Sarah Michelle Gellar and the remake of Texas Chainsaw Massacre starring Jessica Biel. I don’t remember how she convinced me to go with her to not one but two horror films. The experience didn’t go very well for me. I spent most of my time in the theater either covering my eyes during the scary bits or looking down at my lap and becoming really interested in my hands. Let’s just say my best friend got a good laugh out of my reactions and she doesn’t let me forget those times at all. Best friends, gotta love ’em.

When I became a gamer, I instantly knew which types of video games I’d play and which ones I would avoid. The games that usually make the list of what I would not play are military shooters and survival horror games. One, I’m easily bored by the likes of Call of Duty or Gears of War. Two, survival horror games? That’s already a big, fat NO given my history with the genre in films. Silent Hill, The Evil Within, or anything of this nature are games I will not play.

Out of sheer curiosity, I decided to check out the gameplay trailer for The Evil Within not too long ago. Watching the video already gave me the creeps. Within the first few minutes a big, hulking dude walked into the frame carrying a sawed off half of a person’s torso, dripping blood everywhere. Many of his victims were hanging upside down, as if they were a piece of meat ready to be chopped and sold at a butcher’s store. There was a whole lot of nopes being said in my head. Viewing the short trailer didn’t make me uneasy, probably because I watched it in broad daylight, but I can’t imagine playing this game myself. It already had the kind of scenes you’d expect from your typical horror film. I also don’t want to spend my entire day playing a video game where I’ll be jumping and screaming the entire time I play. I already freak out when I’m playing against a hard boss in a regular game. Can you imagine fighting off a boss with a chainsaw in his hands? It’s too close for comfort.

Oddly enough, there are some exceptions to the survival horror genre. Games like Left 4 Dead are the type of games I can play without any problems. Maybe it’s because the game has zombies in it and for some reason I’m not really scared of zombies. Do I jump when a zombie unexpectedly pops up into my screen ready to eat my character’s face off? Sure, except zombies don’t give me nightmares. Anything involving crazy serial killers or evil spirits who want to kill you seems to make me uncomfortable to play through. I guess you can say I can play survival horror games, but only if zombies are involved. Strange, right?

The horror genre and I will probably never become besties, but this doesn’t mean I can’t get into the spirit of Halloween in my own way. How? By eating leftover candy and watching Hocus Pocus. It’s a good evening if you ask me.

Are you a fan of the horror genre? What do you particularly love about it?

8 thoughts on “Things That Go Bump In The Night: The Horror Genre From The Perspective Of A Scaredy Cat”